If you have been absorbing the information on this website, you will hopefully have realized that most of your time needs to be spent in identifying and mobilizing your supporters in support of, or in opposition to, legislation.

In other words, your job isn’t to hobnob in the Capitol and talk to every single legislator there and beg them to support your bill.

For more on outside operations and where you should spend your time as an activist, see my article here.

But sometimes, it can become necessary and even effective to confront a politician to his face at an event or public forum.

If you are going to do that, there are some tips that you should use to do it the right way.

I get it, when you’re walking into hostile territory, it seems normal to go in “heavy” — with all of your buddies in tow.

But I can tell you from experience, that you will never be called on when the Q&A portion of the event begins.

Think of it from the politician’s standpoint.

He looks out across the room and sees a bunch of his friends and smiling faces who want to ask him ‘throw-away’ questions, and then he sees you and your three friends sitting with your arms folded across your chest ready for a fight.

Who would you call on for a public question?

Yep — anyone but your group and you.

So if you want to have a chance to hold this politician accountable, you have to use the “Diamond Formation.”

It’s as simple as it sounds. When you enter the room, sit in separate sections of the room in a diamond like pattern, far apart from your friends. 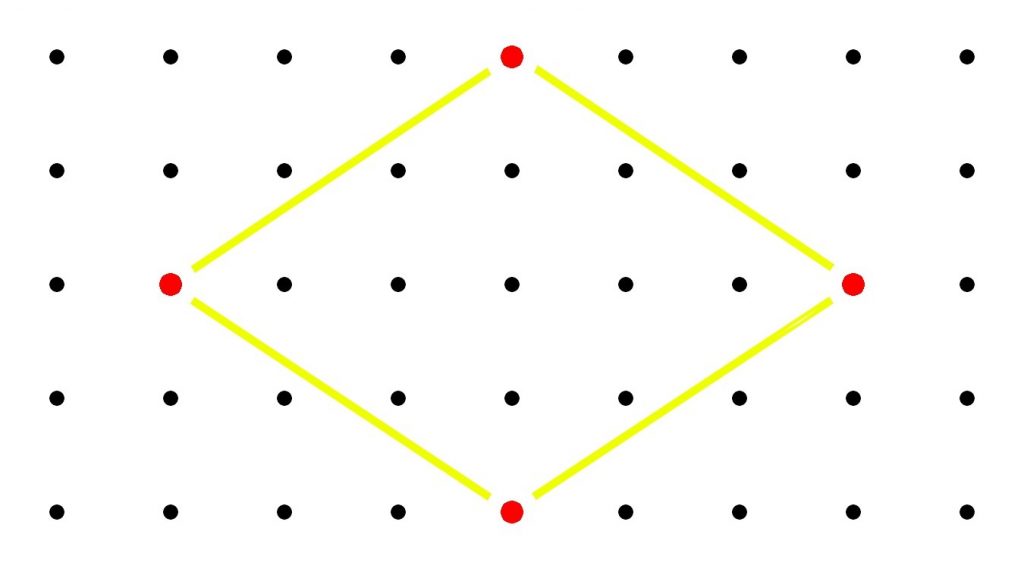 He won’t see it coming.

Rather, he’ll be so eager to dump the hot question, he will happily call on you with your hand raised, looking for a way to change the subject.

Anyone can talk about doing this, but I’ve had the distinct pleasure of doing this on several occasions.

When newly announced Presidential candidate, United States Senator Lindsay Graham announced his candidacy for the GOP nomination in 2015, he did what all candidates do — he flew to Iowa, rented a hotel conference room, put his people in it, and told the world he was tossing his hat in the ring.

Now of course Senator Graham’s record on the Second Amendment is about as stalwart as Senator’s Graham’s personality.

We wanted to ask him why he voted with the Obama administration on so many occasions for bad legislation, to confirm bad Supreme Court nominees, and why he sponsored dangerous ‘mental health’ gun-control legislation.

So with him coming to a hotel less than five minutes from our office in Des Moines, some of our team and I went to ask him!

But we didn’t go in together, we didn’t sit in the front row, and we didn’t walk in waving a Gadsden flag.

Rather, we used the diamond formation.

After his stump speech it was time for Q&A, and after letting him get a throw-away question answered, I began to ask him about his record.

You can see a picture of this, taken from one of my friends in the room, to get a feel for how casual this started out.

Once I got started, I asked follow up questions for some time and Senator Graham had nowhere to go!

But we were prepared and had multiple other people in the room ready to follow up if he veered away from me. In this case, he didn’t and we nailed him.

As we’ve told you many times on this website, your job as an activist is not to go into the Capitol and spend 10 hours a day trying to educate politicians.

I know this is repetitive, but very few people understand and internalize this, so we’re going to say it again.

Your job is to identify and mobilize activists who agree with you on the issues. Period!

So when I questioned Senator Graham, I wasn’t trying to make him become an overnight Second Amendment champion.

And I wasn’t trying to convince his supporters in the room that Graham was weak on gun rights.

Rather, I was looking to expose Senator Graham to as many gun owners as I could — and I was counting on the national and international media assembled in the room to help me do it.

So, as I stood to confront Senator Graham, the rest of the guys in our diamond formation did their job, according to our plan.

One of our guys started rolling video, to document the situation in case Senator Graham said or did something weird.

Another one of our guys immediately stood up, walked to the rear of the room, and passed out the flyer we had prepared to all the state, national, and international media.

Yet another member of our team stood and began passing out flyers to the rest of the attendees in the room.

As a result, before we even left the hotel parking lot, state and international media outlets were buzzing about Graham’s weak stance on the Second Amendment.

Of course, these headlines made for great email and social media alerts to our members!

So we were able to alert thousands of gun owners in Iowa, created media stories that were seen by gun owners across the country, and sent a loud message to Senator Graham that we were not going to forget about his record!

Not bad for ten minutes’ worth of work and a little pre-planning.

But it wouldn’t have happened if we had come in as a group  and locked down the front row, clearly looking to ask Senator Graham some tough questions.

It Works at Any Level!

So whether you are trying to ask your city council member why he raised your water/sewer taxes, or confronting a US Senator on his vote on Supreme Court nominees — use the diamond formation to maximize your impact.

It may not be comfortable, but it’s often the only way to effectively expose the politician in question.

And don’t forget, after you’ve confronted the politician, make sure you inform your members through email and Facebook, to inform them about the politician’s record and also to show them that you are fighting for them!

If you need help developing a plan to confront a politician or candidate, or any other aspect of launching or growing your non-profit political organization -– please don’t hesitate to call me!

Whether you need a brief 1-hour conference call or a day-long seminar conducted in your area, please let me know.