A Step-by-Step Plan To Go After Your Targeted Legislators During Legislative Season or During Election Season!

If you’ve been following the articles here for any length of time, then you know that we’re all about mobilizing our members to confront politicians.

We’re not trying to make politicians – – be they city council members, county supervisors, or state legislators – – like us.

On the contrary, passing controversial legislation will often make them very angry, and force you and your organization to go on offense and pressure the legislature.

It also means that your organization will have to be active in the election season, exposing the bad votes of targeted incumbents, if you want to teach the legislature a lesson in hopes of passing your bill next year.

In either case, if you are getting involved in your first political fight, trying to figure out best and better techniques to go after politicians can be daunting.

The purpose of this article is to show you exactly how to go after your targeted politicians during the legislative season or election season.

I’ll focus on the cheapest techniques and move on to the more expensive.

Perhaps this year your organization is only able to implement one or two of these techniques.

If you are focused on developing your organization’s lists, money, and people (hotlink) you will be able to do more in time.

While sending out large volumes of email is not free, it is very inexpensive. So when going after a politician, make sure you are exposing him or her using email, repeatedly!

Of course, this presumes that you are writing effective copy and are laying the email out in an easy-to-read manner.

Don’t forget that in addition to regular update emails, video email updates are very effective. Simply record a video on your organization’s Facebook page, and send it out via email.

Your organization’s Facebook program can be as cheap or expensive as you want it to be, but when going after a bad politician, Facebook is an amazing tool!

(To be clear, effective Facebook mobilization does not equal sitting around all day and getting involved in useless comment wars.)

Effective mobilization techniques on your page could include sponsoring a meme in the legislator’s district, which you can do by targeting the location by ZIP code.

You can further micro-target based on those who support your political issue — maximizing your effectiveness.

The meme should have good graphics and provide contact information for your targeted legislator, like the example provided below. 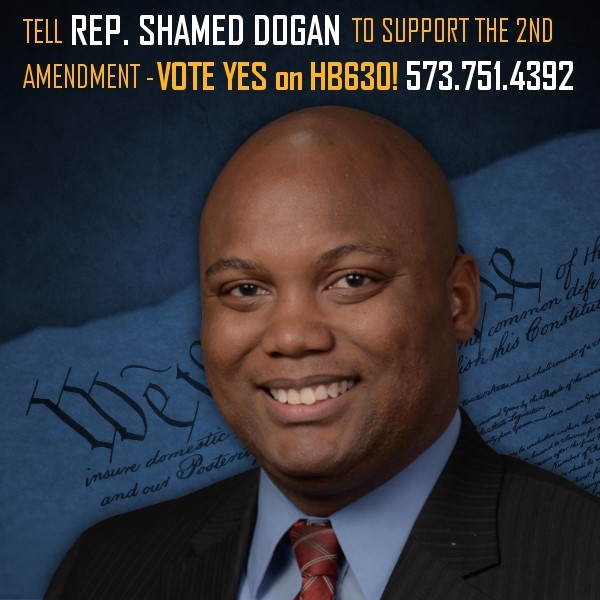 Another way to go after a politician using Facebook is by deploying a video on Facebook and sponsoring that like you do with a regular meme.

The benefit of using the video is that you are able to get much more information out and also personalize the issue by allowing viewers to see you and your passion for the issue.

To see an example of what I am talking about, click the box below. 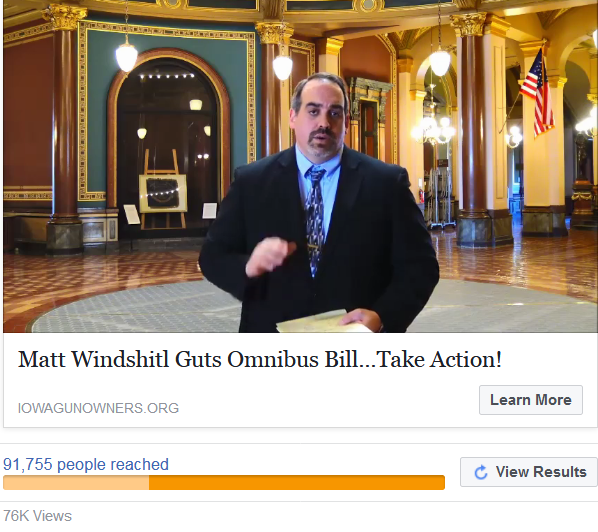 Sure, you don’t have to use the vitriol that I used in this video, as your situation may not merit that, but this is a good example of an effective mobilization video.

By blending memes and information videos like this — and boosting them into the targeted district — you can be sure your target will feel the heat!

Automated robo-calls are a fantastic way to alert lots of people about what your targeted legislator is doing in the capitol!

It is illegal to utilize robo-calls in certain states.

In others, while the calls may be legal, there is very specific attribution information that must be on the end of every call!

A failure to include this (or to do so incorrectly,) could be considered a civil or even a criminal violation!

Is that fair? Don’t we have a 1st Amendment right to free speech? That’s not the point.

Your donors aren’t supporting your cause to be a test case in court on the 1st Amendment, but rather, to advance your political issues.

So avoid this situation by simply following the law.

That being said, there are two types of robo-calls that you can utilize.

The first is the traditional style where you have 60 seconds worth of recording time, much of which is taken up with providing the targeted legislator’s phone number multiple times so that the recipient can record the number in time.

By deploying these calls during the work day, you may be able to have the call placed on their answering machine.

The second type is the ‘direct connect’ call where the recipient can simply ‘Press 1’ on their phone and be automatically connected to whatever number you route them to.

The key to making robo-calls effective is to have a very engaging opening line and use plenty of enunciation when recording the call.

For more information on robo-calls, see my article on them here.

Depending on how much time you have, another favorite way to pour on the pressure is by going door to door with your volunteers passing out flyers.

These flyers should be easy to read, often feature a picture of the legislator in question, and provide their contact information so that angry voters can get in touch with them.

Here’s a sample, used in the 2016 election cycle in Iowa. 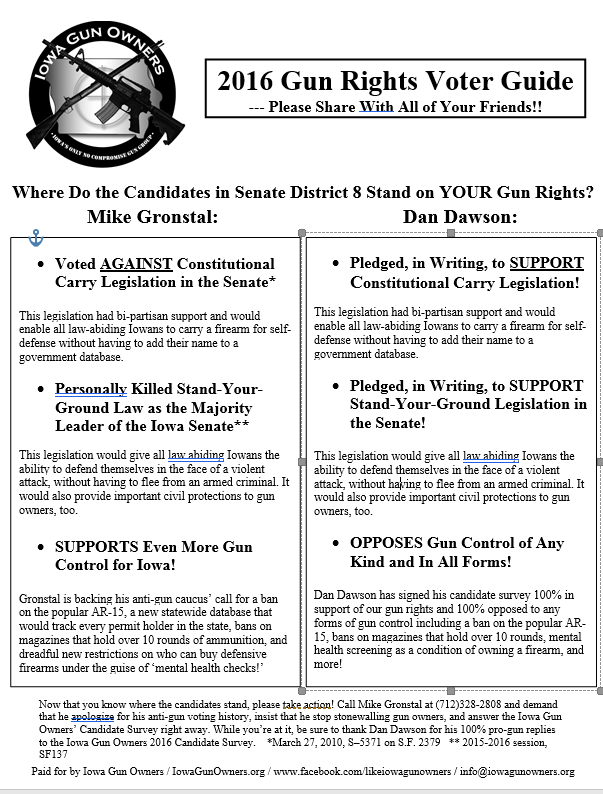 There are two types of lit drops that your organization can conduct.

With enough volunteers, you can literally hit every house in the district and send a huge message!

That’s what one of the organizations I work for did during a recent election, as you can see from this picture taken right before we hit the streets. 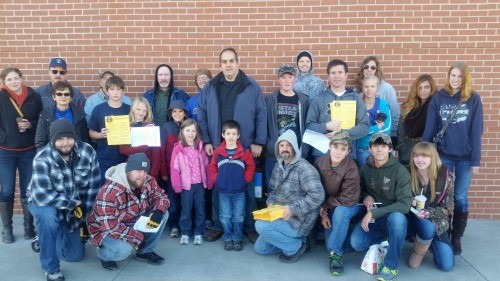 If you have the manpower to pull this off, take some time to prepare for this by identifying specific teams and drivers.

You must also break the towns into sections, numbering them, and assigning them to your various teams so as to maximize their efficiency.

You’ll find that your volunteers will appreciate being put to use effectively, and will be more likely to help you again the next time you call them.

But if you are low on volunteers, the other type of lit drop you can conduct is known as the ‘everywhere technique.’

This consists of putting a flyer on the front door of your targeted legislator’s house, and every house in a one block radius.

Next, you would put a flyer on the front door of your targeted legislators top five donors, and every house in a one block radius.

Next, put a flyer on the door of any local politicians, and every house in one block radius.

If possible, you can place a flyer at the home of his parents, and every house in a one block radius.

Of course, you should always place a flyer into the hands of any newspaper, radio station, or TV station in the district.

By doing all of this, you guarantee that your target receives multiple phone calls from family, friends, and donors — giving him the impression that you are ‘everywhere.’

For established organizations that have a real budget to work with, few things can mobilize as many people as direct mail.

If you do this, your letter should lay out what is going on and urge the readers to take immediate action.

Make it easy for them to take action, by providing as much contact information for your targeted legislator as possible.

In addition, include multiple preaddressed postcards that will enable the reader to simply sign them and drop them in the mail, demanding that the legislator in question take action.

One of the benefits of a direct mail program is that you have the ability to ask the reader to send in a donation to help fund what you are doing — so be sure to ask them for it!

Check out the picture below, showing part of the direct mail campaign launched by Iowa Gun Owners during a recent election, where they hammered anti-gun incumbents over their bad votes! 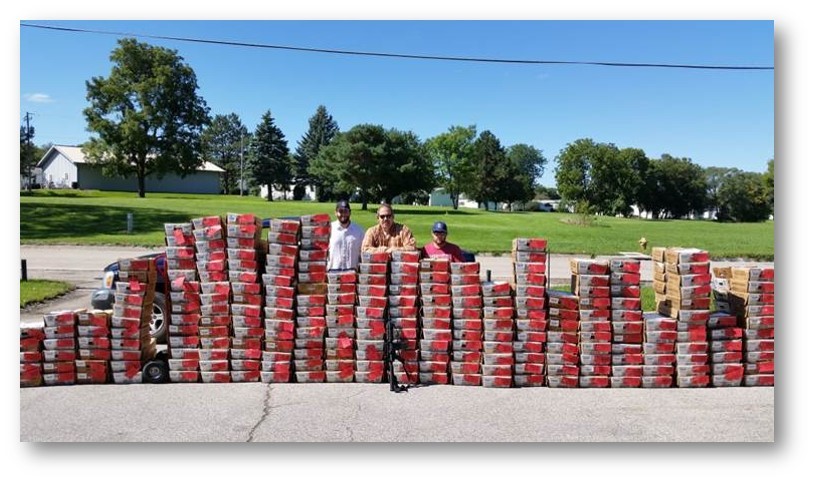 Each of those red tags represents a tray of mail, approximately 250 pieces, being deployed into targeted districts to expose anti-gun legislators!

This is your goal as an organization, to have the lists and money to run a program like this eventually.

While not as effective as direct mail, in that it gives the recipient no ability to make a donation and you can’t include as much information, ‘slicks’ are effective at exposing bad incumbents at minimal cost.

Of course, that assumes that you use edgy graphics and solid copy.

If you’re going to use a ‘slick,’ be sure to include your targeted legislator’s phone number so that your members can vent their frustration to him!

Check out this sample below, used in a race in Iowa in 2016. 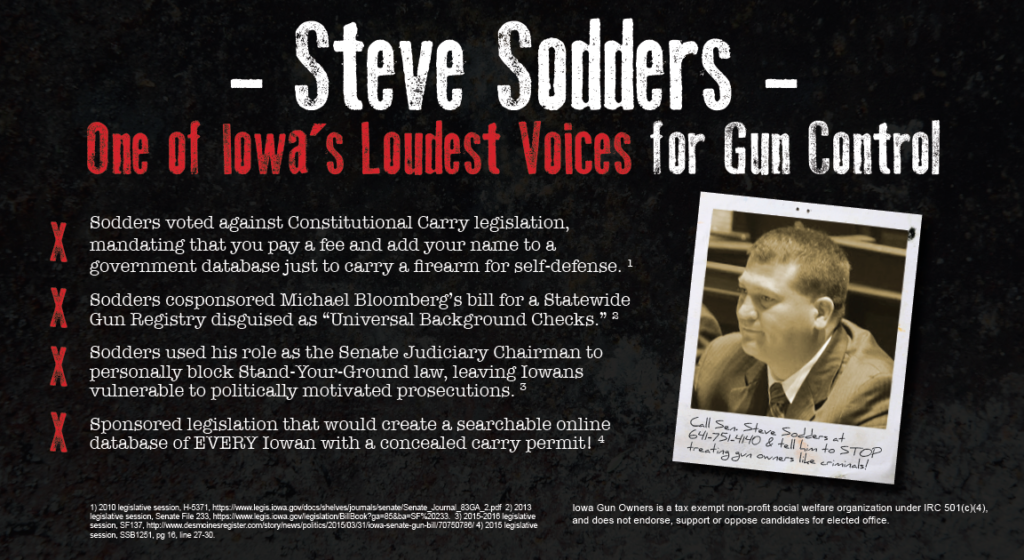 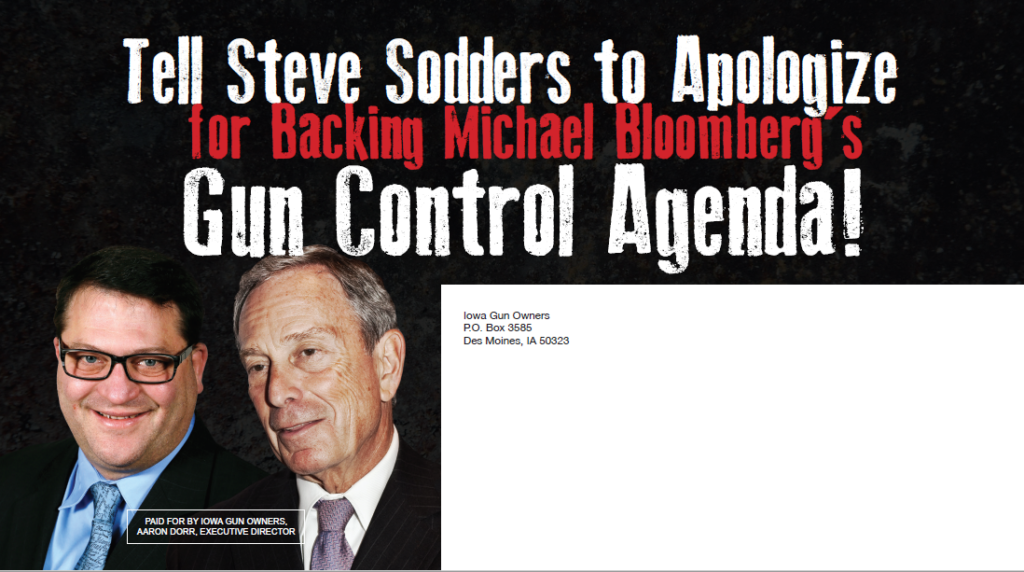 Radio ads can be a very effective tool in pouring pressure on politicians and mobilizing your supporters, but not if the ad is boring or poorly worded.

It is essential that you use engaging copy, have a decent voice talent record the script, and use good background audio.

Check out this sample below, to give you an idea of what I’m talking about. 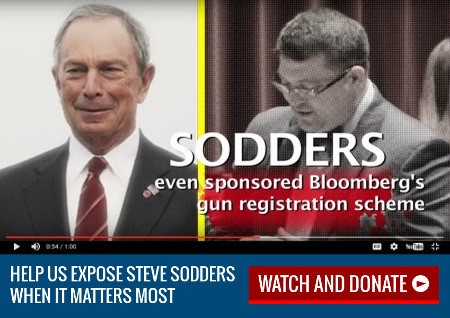 Of course, if you are going to run a radio ad campaign, you absolutely must build a landing page and give your members an opportunity to help fund your radio campaign!

The image you clicked on above was contained in an email that was sent out by Iowa Gun Owners, which then took you to their landing page where you can not only view the ad, but sponsor one yourself!

Believe me, during a hot fight or a campaign season, your members want to get in on the action. Let them!

If you still have money in your budget, TV ads are devastatingly effective at pouring pressure down on bad politicians!

But, as we discussed above with radio ads, that’s only if you have hyper-aggressive copy, audio, and imagery.

To get a flavor of what I’m talking about, check out this TV ad that ran during a special election in Georgia in June, 2017.

If you find this type of ad offensive, I would suggest you spend your money on programs other than TV ads, as you will get little bang for your buck otherwise.

Again, if you are spending money to run this, set it to a landing page and make sure you give your members an opportunity to fund their own add!

When trying to hold legislators accountable by exposing them to the voters in their districts, the sky is the limit!

Maybe your organization lacks the resources to run a full program as described above. That’s fine. Just utilize as many of these steps as you can, and do more next time!

Most organizations have no election program whatsoever, resulting in the legislature trampling all over them every legislative session.

By starting to run an election program (or legislative program) like the one described above the legislature will realize that you are serious and will hold them accountable.

Eventually, they will have no choice but to pass your bill!

And remember, only by developing lists, raising money, and adding people to your organization will you be able to run a bigger program next time!

If you need specific help designing a program to put pressure on politicians in your area, please don’t hesitate to contact me.