Many Activists are Hooked on Doing Media, But It’s a Dangerous Path That Has Little Upside!

For many grassroots activists who are new to politics, the idea of being interviewed by the media may seem exciting.

Perhaps you think that you can do some good by ‘getting the word out,’ hoping that people will join in your cause as a result of hearing your story.

Others have less noble goals, and are desperate to be one of the ‘cool kids,’ thinking that being featured on the evening news will be a sign that they are a power player in state or local politics.

If you’re one of the latter, I have no desire to help you and hope that you flame out of politics as soon as possible, since you are clearly part of the problem.

This article is for the former, for those activists who are genuinely trying to do the right thing and don’t know how or if they should interact with the media.

Having done media ranging from TV interviews, to call in radio, to newspaper interviews and more -– I would encourage almost all activists to NOT do media for a long time.

For most activists, the best you can hope for is that you don’t screw up badly and see embarrassing quotes on the front page of tomorrow’s liberal newspaper.

And trust me, it’s easy to screw up when you’re under the pressure of a live media interview.

It’s even easier to screw up if you operate in extremely volatile issue clusters like the Second Amendment and the pro-life fight. 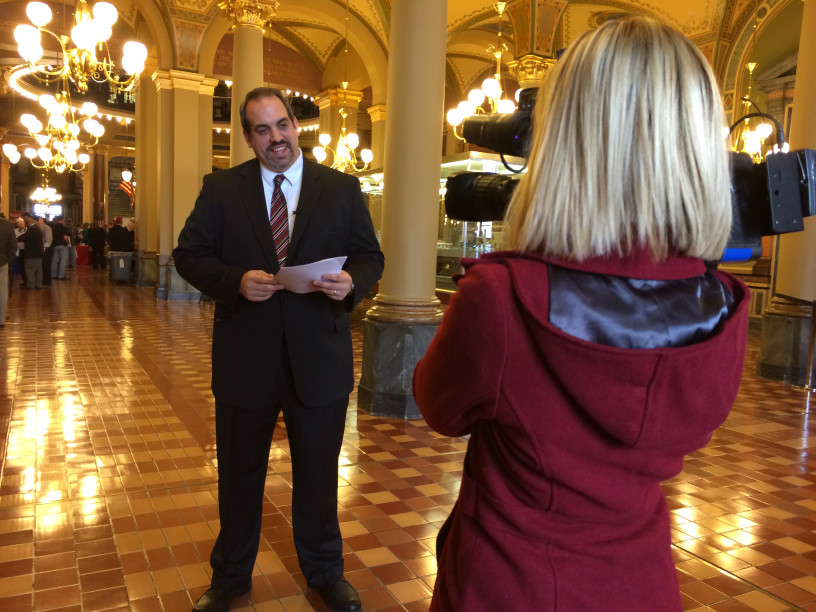 While there are some appropriate uses of media, it is dangerous territory for most activists that can set your cause back. It should be avoided in most cases.

From editing your comments, to asking ‘No Win’ questions, reporters have the upper hand when dealing with most activists.

And if you say the wrong thing, don’t go blaming the ‘liberal reporter for making me look bad.’ No, if you said it, that’s on you.

The vast majority of reporters are not your friends.

They may act friendly to get you to agree to the interview, but they are looking to stir up a controversy using you and your issue.

And so, again, the best thing that you can hope for in most cases is that you don’t put your foot in your mouth and say the wrong thing.

What Media Won’t Do for Your Organization:

Even if you pull off a flawless media interview, it will not raise your organization money.

Nor will it recruit new members to your organization.

Nor will it result in a bunch of new people coming to your website and signing your petitions or getting involved with your organization in some other way.

And don’t forget, above all else, as effective grassroots activists, we need to be raising money, growing our lists, and adding people to our organization for long-term success.

If you don’t know what I’m talking about, read my article on that here.

And so, even if you don’t screw up and say the wrong thing, doing media will not add money or numbers to your organization.

I remember spending time on a 50,000 watt radio station in Iowa during the Spring of 2013 (at the height of President Obama’s war on the Second Amendment) announcing that Iowa Gun Owners was giving away an AR-15!

We had a lot of air time on a huge station, had a hot topic, and were giving away a FREE AR-15 –- care to guess how many signups we received as a result of that effort?

No, not a dozen new members, a dozen people who signed up to win the rifle.

Other activists involved in the Second Amendment fight, this time in Colorado, reported doing over one hundred media interviews on state and national news post-Columbine as they refused to give in to the demands of gun-grabbers in their Capitol.

Over one hundred interviews!

Yet their organization tracked a paltry seven new members as a result.

I could go on.

Suffice it to say, if you don’t make a mistake and say the wrong thing, your flawless media program will still do virtually nothing to grow your group.

One Exception to Consider:

When you understand that your job is not to educate politicians or the public but rather to identify and mobilize your members — you’ll begin to see media in a different light.

Viewed in that context, the only reason for most activists to bother with media is to rally their members and show them that your organization is actively fighting for them.

That’s why some of the organizations that I’m proud to work with will make use of Op-Ed’s during a hot legislative or electoral fight.

When Missouri was on the verge of passing the largest gun bill in their history in 2016, virtually every news outlet in the state was, predictably, opposing them.

With the editorial boards of these papers hammering the Missouri Firearms Coalition and their bill regularly, I asked their editors if the Missouri board chairman could have some space to rebut the paper’s position.

They all agreed, wanting to appear reasonable and balanced, and so the group’s board was given between 200 to 800 words to make their case for Constitutional Carry. 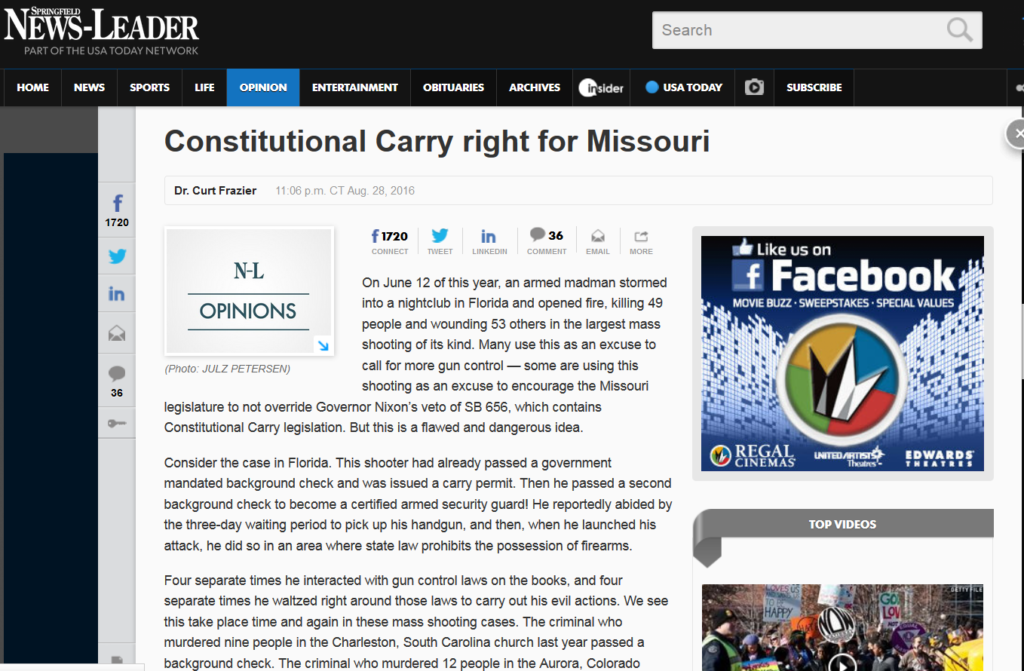 By doing Op-Ed’s, we were able to ensure that the chairman didn’t have to deal with ambush questions and was able to make a clear case for why this bill deserved passage in the legislature.

Of course, once these were published, the Missouri Firearms Coalition made sure that their members saw them via social media posts and email alerts.

And having been involved in that fight, I can assure you that their members were ecstatic to see the organization refuse to back down and aggressively make the case for the Second Amendment.

This is about the only value to doing this in the first place, so don’t forget to make sure your members see it!

To be clear, the editorial board retains the right to edit your material, and sometimes they do. But it’s usually just formatting or other small issues as long as you submitted a well-written Op-Ed.

Of course if they did ever put words in your mouth, you could expose them for that via other media sources by simply giving them your original article.

In other words, there is a degree of safety here for your organization while still being able to show your members that you are fighting for this issue.

Many grassroots activists are addicted to doing media.

Some are doing it because they actually think that they are making a difference and mobilizing people (they aren’t.)

Others do it because they are ego-driven hacks who, while they may have started out with good motives, are now in love with being one of the ‘cool kids’ in the Capitol.

Whatever your motivation is for doing media: think twice!

Besides principles and patience, we need lists, money, and people to be effective in politics. Media work won’t help you acquire any of those.

If you need help deciding how to interact with the media in your case — or any other area of growing and developing your grassroots organization — please don’t hesitate to contact me.