If you’ve been following the tools and training offered on this website, then hopefully your organization is adding people to your lists rapidly.

Hopefully, some of the new names are donors.

Others are more inclined to be volunteers at events while others are activists who love to make calls and send emails to their legislators when you sound the alarm.

All of them are going to be looking to you to lead them in whatever fight your organization is engaged in.

If you find yourself in this position for the first time, it can be daunting.

You may be asking yourself, “What if I make a mistake? What if I don’t always have the right answers? What if I can’t get it all done in time?”

I can assure you, you’ll make mistakes.

But by following the advice you’ll find on this website, those mistakes should be fewer and fewer.

And, of course, you should be learning from the mistakes that you do make -– ensuring that they don’t happen again.

What Kind of a Leader Are You?

As leaders, one of the choices you have to make is whether to lead your organization’s members from the front or the rear — by delegating tasks to trusted volunteers or staff.

Each option has extremes that can be abused and cause your organization to flounder, doing a disservice to your members and your cause.

Some activists have a misplaced view of themselves; their ego can’t envision ever not being the guy out in front leading the charge.

They ‘don’t have time’ for the little things -– they’re here to change the system RIGHT NOW!

Well they may be well-meaning, activists like this are just ridiculous. They always want to ‘do something,’ but refuse to spend any time planning and preparing for the long term. 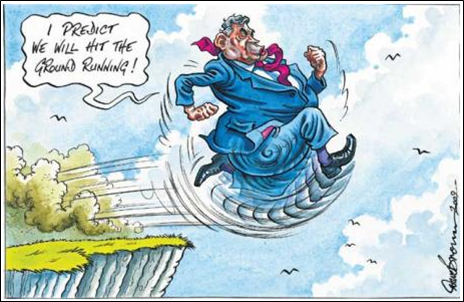 In my experience, these activists flame out in short order as their refusal to plan and prepare for action causes repeated mission failure.

Oftentimes, they’ll take down whatever organization they’ve built up to that point.

But I’ve seen the other extreme too. And while it’s not as easy to spot, it too can have severe consequences on your organization’s long-term effectiveness.

I’m talking about leaders who refuse to lead from the front.

Many times, these are the kinds of people who love planning and strategy meetings -– but wilt at the thought of having to go onto the field and personally engage in the battle.

It may be that they’ve never seen themselves in a front-and-center leadership role. But it may also be that they are personally uncomfortable having to confront politicians and lead people. 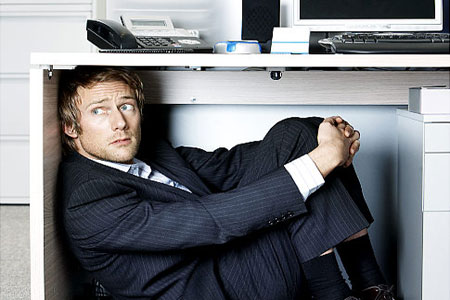 And so while their organization may be functional for a time, they will tank eventually because people are not going to stay involved with an organization whose leader won’t lead them.

And frankly, they shouldn’t.

Leaders Lead from the Front

In politics, it is usually appropriate for leaders to lead from the front.

You may be a non-confrontational person in your everyday life, but when you’re confronting politicians at the local, county, or state level -– you’re doing so on behalf of your members!

So whether you feel like it or not, when the time comes, you need to step onto the field and lead.

The organization I work for, Iowa Gun Owners, has had to deal with a rash of towns trying to ban guns on city property in violation of state law.

And when we set about mobilizing folks, they take action!

So while it would be possible to utilize robo calls, lit drops, targeted Facebook posts, and emails to mobilize people into taking action (and then sit at home when the town council casts their votes) –- I didn’t do that as our members deserve more. 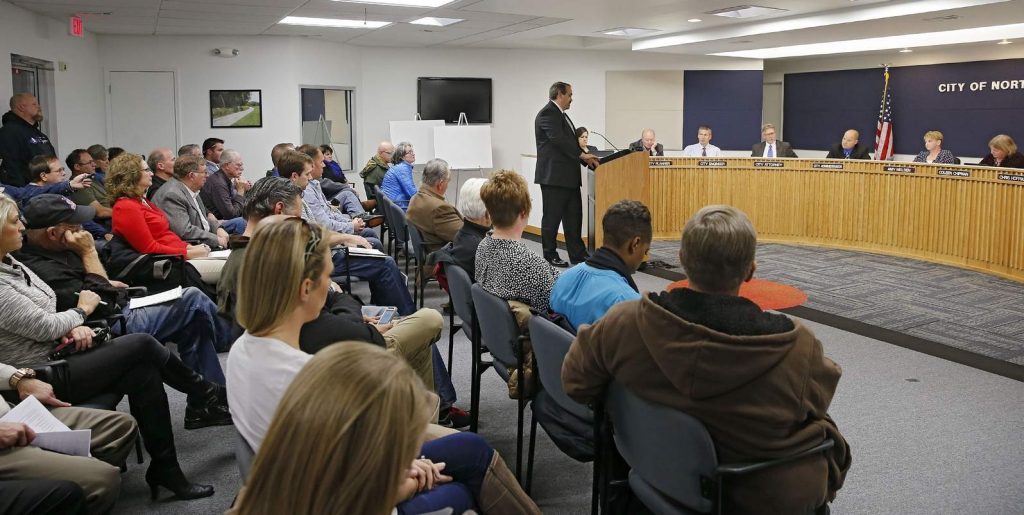 (Over 75 members of Iowa Gun Owners packed this City Council chamber in North Liberty, IA in the Fall of 2015 in opposition to a proposed town gun ban. They are there because we summoned them -– they deserve a leader who will stand alongside of them.)

So when the meeting went down, I was there speaking on behalf of gun owners who were opposed to this attack on their rights.

It’s not always easy, and I don’t always feel like it -– but it’s not about me. It’s about the members of this organization who are looking to me to show up for the fight, not just make sure they do!

What’s more, as more people see you leading and watch your organization engaged in fights over issues that they care about, they will step forward and get involved as donors and activists.

Leaders Also Know They Only Have So Much…

Smart leaders also understand that they only have so much time, money and talent to utilize in any particular situation.

At first, your organization may just be a one man band.

You’re printing the mail, going to the Capitol, trying to fundraise, answering the phone, writing email blasts, answering member questions –- all while trying to have a life.

But as your organization grows you may not have time to talk to every member who calls the office.

You may not be able to personally run every literature drop operation that your organization does.

You may have to send someone else to attend that regional Tea Party rally where you hope to collect 25 new contacts.

A refusal to acknowledge these realities may be a sign that you’re the kind of leader who is in the fight for your own ego. Stop it!

Your job as a leader is to constantly be working to replace yourself by bringing in new volunteers or staff members who can handle an increasingly greater share of the load –- freeing you up to tackle more difficult tasks.

If this sounds like a lot of hard work, you’re right.

Fighting to save our gun rights, end abortion, restrain government spending, stopping Common Core -– none of these fights are easy and the threats rarely go away just because you defeated them once.

As you can see, there is a balance to effective grassroots leadership style and either extreme is dangerous to your organization long term.

But by using the techniques laid out above, you will be equipped to avoid the leadership pitfalls and recruit solid people to help share the load.

If your organization requires more specific help or wants to hold a day-long training seminar in your area, don’t hesitate to contact me.